On the platform at the railway station in the Czech town Bohumin, near the Polish border, around 40 volunteers carry the last boxes of humanitarian aid destined for Ukraine.

It is around 4:30 on a freezing morning in early March. The boxes, enough to fill seven train carriages, mostly contain power banks, personal hygiene items, children's clothes, towels, bed clothes, and sleeping bags – anything that might come in handy in Ukraine, a country that has been suddenly and violently plunged into a brutal war. The train will also carry four tons of vital medical supplies for the hospital in Lviv.

The group of volunteers from Railways Helps, a Czech initiative that has stepped in to help organize and distribute donated material for delivery across the border in Ukraine, is headed by Albert Fikacek, who runs a transport company.

Fikacek, who has dispatched train carriages to help with previous humanitarian disasters like the tornado that struck South Moravia last summer, jumped into action as soon as the invasion was launched, sending a set of seven wagons to help efforts in war-torn Ukraine.

In one direction, in addition to our group of journalists and volunteers, the train will carry humanitarian aid, and in the other, the volunteers hope to bring people fleeing Russian bombs to the Czech Republic. At least, that is the plan.

“The activity I'm trying to generate is one way of dealing with the negative emotions that the whole situation brings out in me. It's a way for me to cope with the crisis,” Fikacek says. The train carriages are all packed full to the roof, each labeled with the kind of aid that is stored within. The train is due to arrive in Mostyska, Ukraine, just over the Polish border, the next day.

“If the train were to run directly from Mostyska, it would increase the capacity and accessibility of each border crossing, which is crucial to avoid overcrowding at the borders,” says Fikacek.

He spends most of the journey on the phone, arranging and negotiating. He transitions easily from Polish to Ukrainian. “We are asked for help every day from the Ukrainian side. That makes it all more urgent, personal and sensitive for us,” adds Fikacek.

When the train arrives at the station in Mostyska after 8.30 pm, it is already dark. Groups of local volunteers and freight cars are waiting for the humanitarian goods to be unloaded, and a truck for the medical supplies is already backing up to the train.

The scene is tense and eerily quiet, almost like a movie. Except this is all too real.

Local volunteers board the train to form a human chain to unload the boxes from the seven carriages.

The first important task has been accomplished – the humanitarian aid has been delivered. The next is to bring Ukrainian mothers and children to the Czech Republic, to safety. Fikacek has embarked on another round of seemingly endless phone calls. He and a local contact post on social media that the train is waiting in Mostyska to take refugees to the safety of Prague.

A coordinator for the local militia tells us that people have been waiting for hours crowding on the platforms at the station in Lviv to avoid losing their place in line and make sure they can board the next available train heading west, away from the violence.

Amidst the chaotic exodus — the UN estimates that at least 2.8 million refugees have already fled Ukraine — the trains are completely overcrowded.

As the second day of the train’s humanitarian mission dawns, spirits are high – despite the low temperatures – and we are hopeful of completing the final leg of the journey. But suddenly, Polish railway staff turn up with a locomotive to haul us to Przemysl, over the border in Poland.

Those high hopes have quickly evaporated, and an intense feeling of frustration takes over when it is announced the train will be moved on before many of the refugees have even arrived. They need more time to reach Mostyska, but we’re already being towed away.

We spend another freezing night in the wagons, this time in the depot in Premyszl. As morning comes, the train arrives at the station. Pulling in, more desperate refugees throng the platform hoping to board.

As we stop and our train is connected to another carriage, the scene is chaotic – some refugees are blocked from boarding our carriages, while others are taken off the train in the confusion, which Fikacek blames on an administrative mixup with the Polish State Railways (PKP), who had been expecting an empty train to arrive.

It is terribly important to me how each of us takes a stand and how Europe deals with this. It will play an important role in the development of European values and our identity.

Eventually, after lengthy discussions with PKP staff, the few who were already on the train are allowed to remain on board. In the end, only 15 people make it onto our train, which has a capacity of 500.

While European authorities have largely welcomed Ukraine’s refugees, facilitating or even waiving visa requirements to help those in need in a continental show of solidarity, that policy has not yet been made a reality on the ground.

“It is terribly important to me how each of us takes a stand and how Europe deals with this,” Fikacek says. “It will play an important role in the development of European values and our identity.”

A palpable sense of sadness fills the wagon. A desperately needed train that could help hundreds of people escape war-torn Ukraine is returning almost empty, unused.

The volunteers describe their sadness and frustration at only being able to fulfill part of their mission. But they will not give up, despite the bureaucratic mayhem and lack of coordination.

The chaos of this journey – even though it ended in failure – has not discouraged Fikacek, who will make several train journeys throughout March available to “all women, children and people over 60 years” to travel from Mostyska to the safety of Czechia.

“Whatever any of us do is just a drop in the ocean, but it is still important,” Fikacek says. “Maybe this is how someone will save our women and children.”. 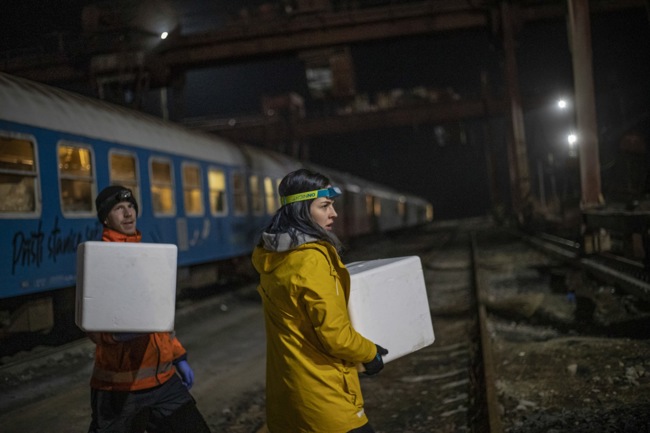 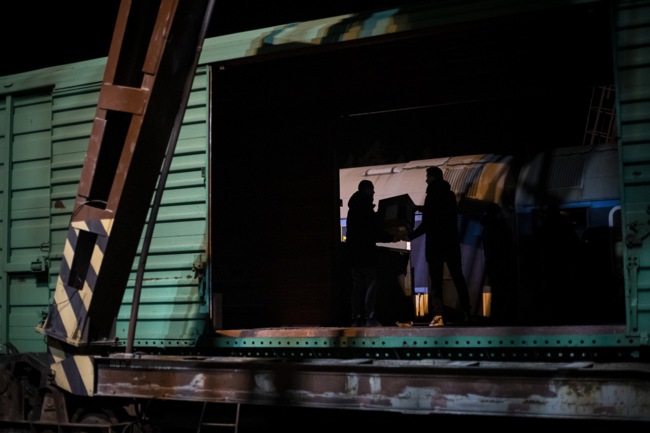 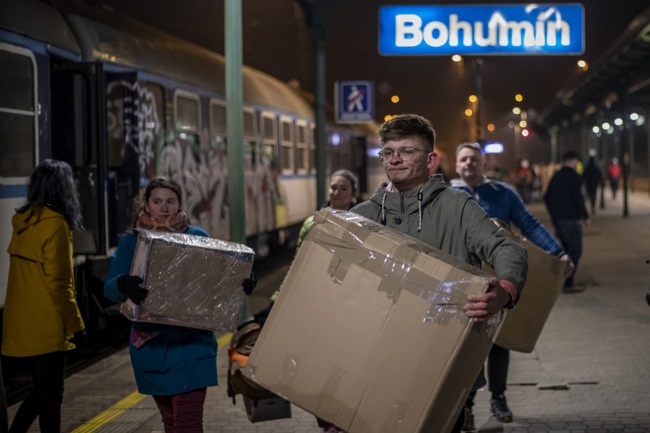 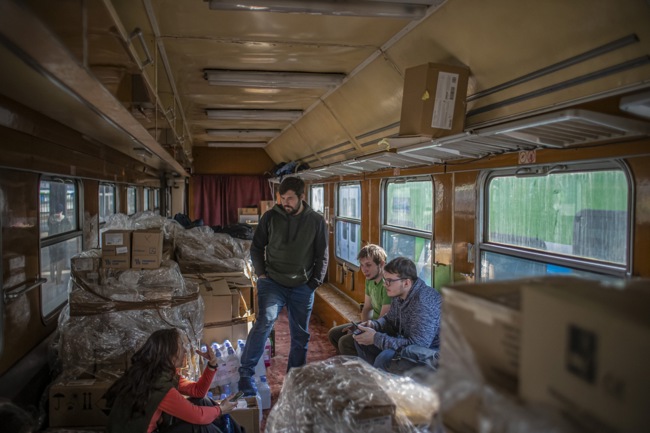 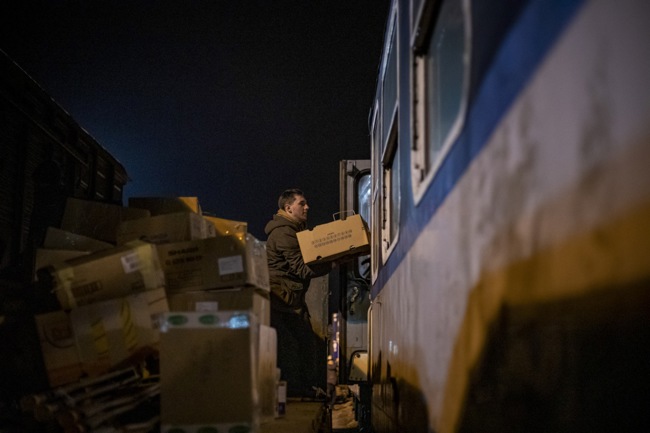 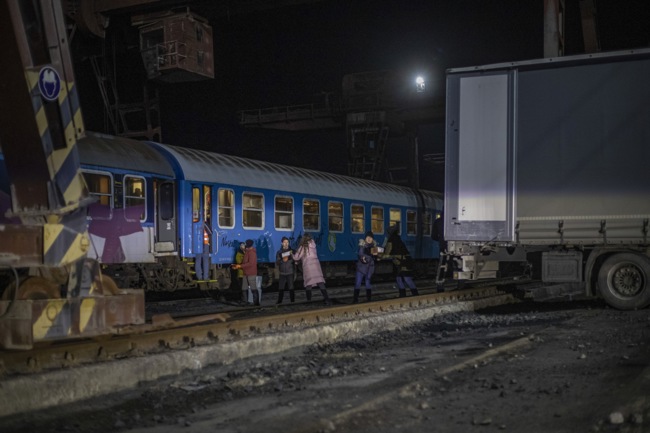 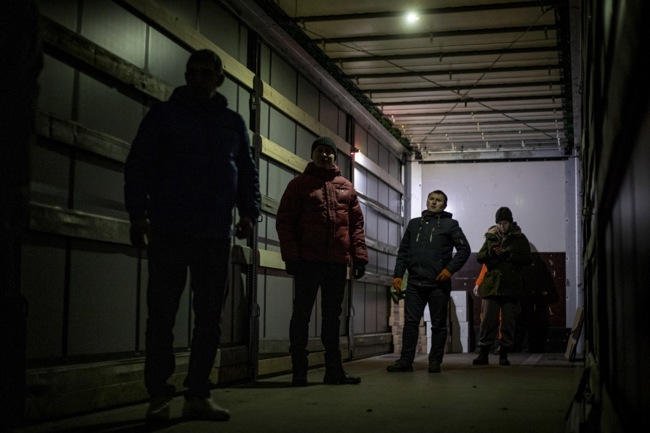 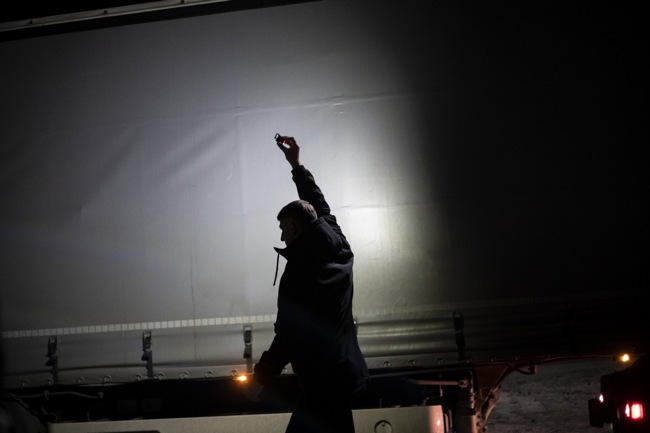 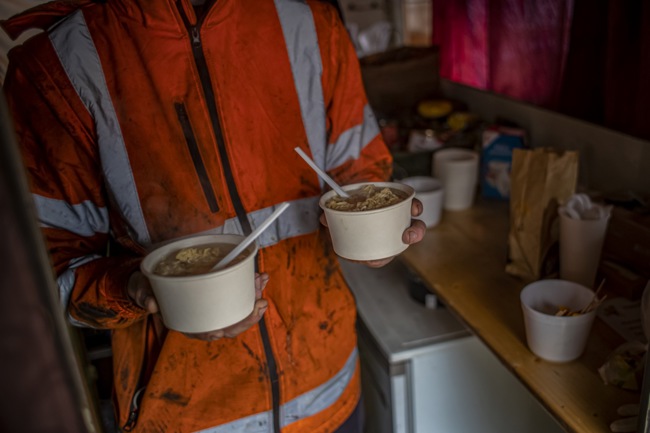 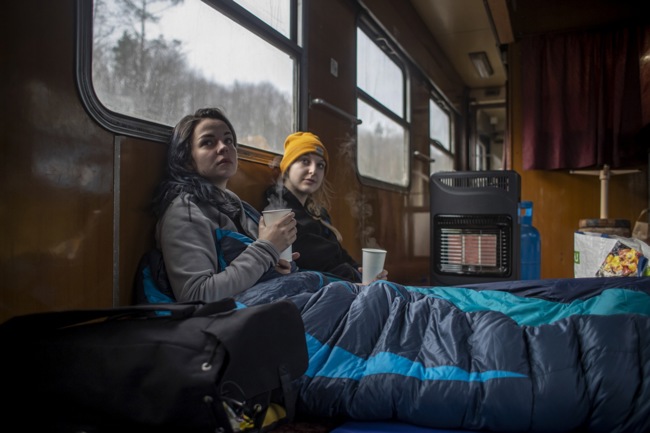 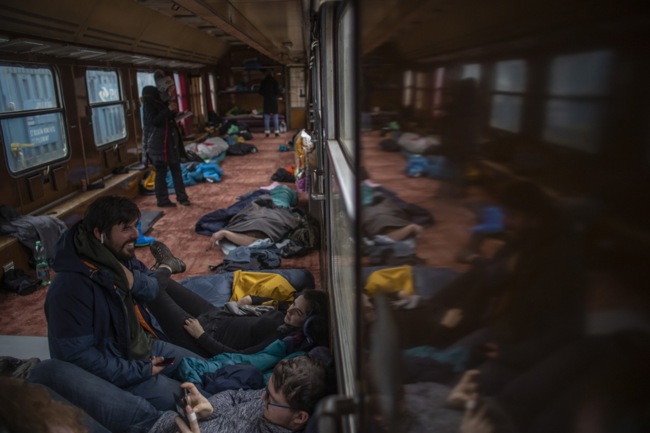 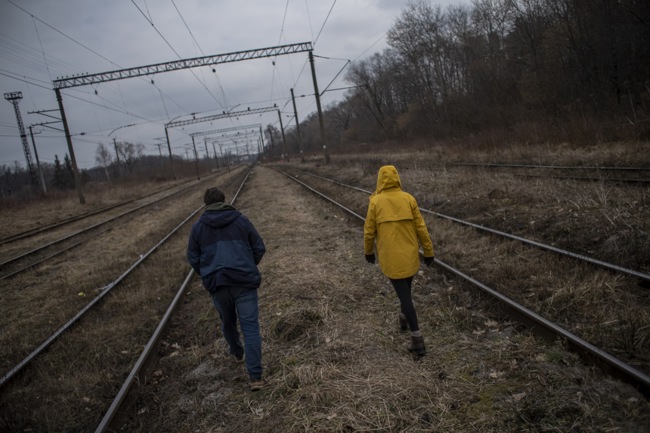 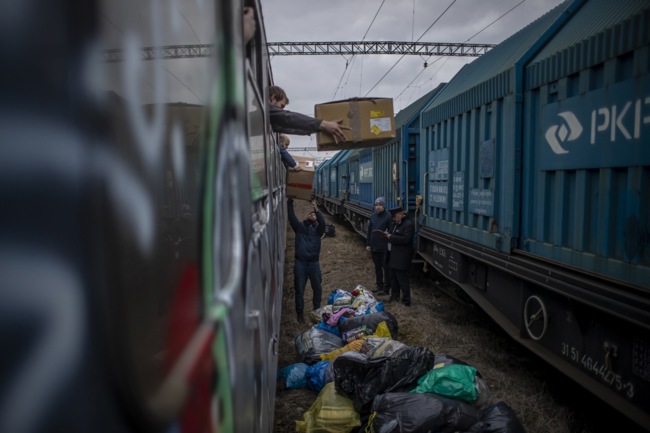 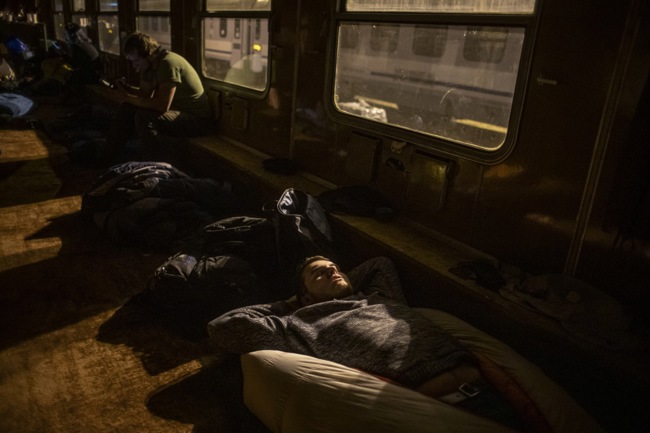 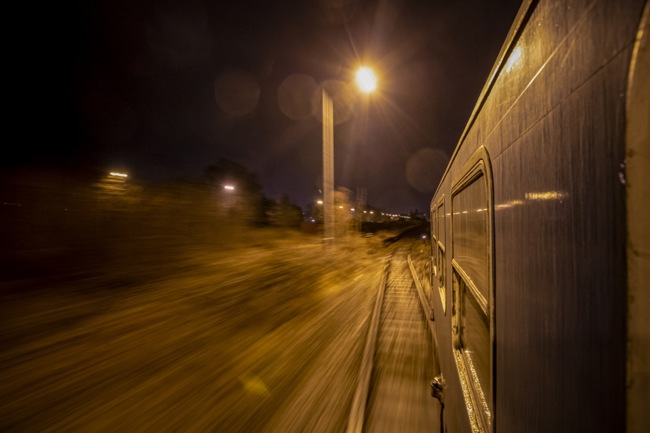 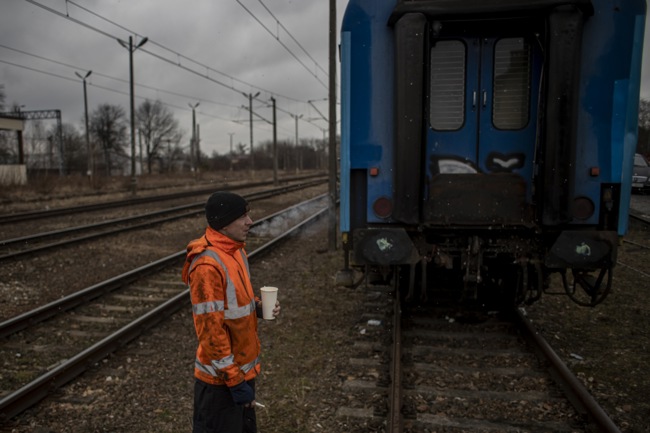 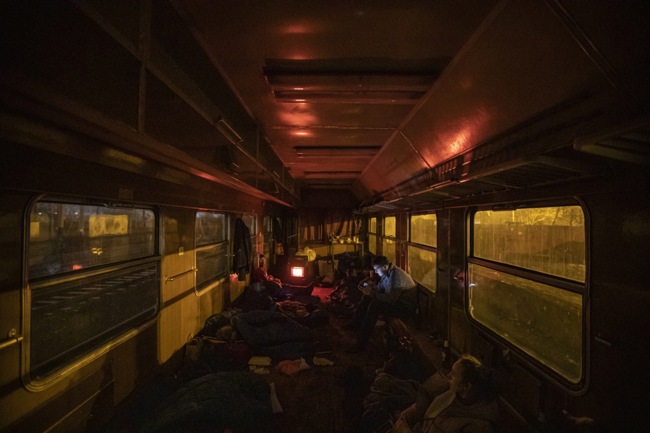 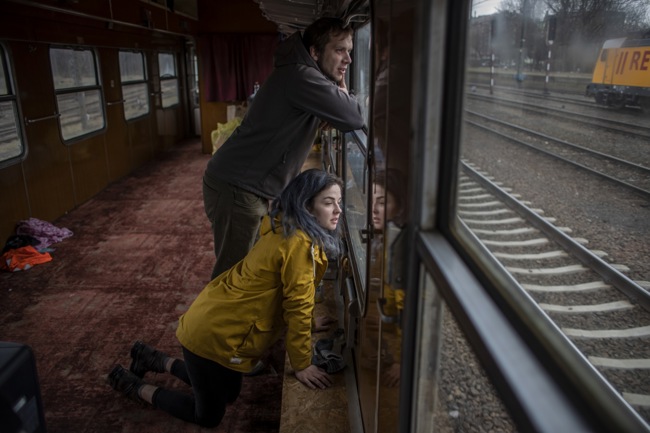 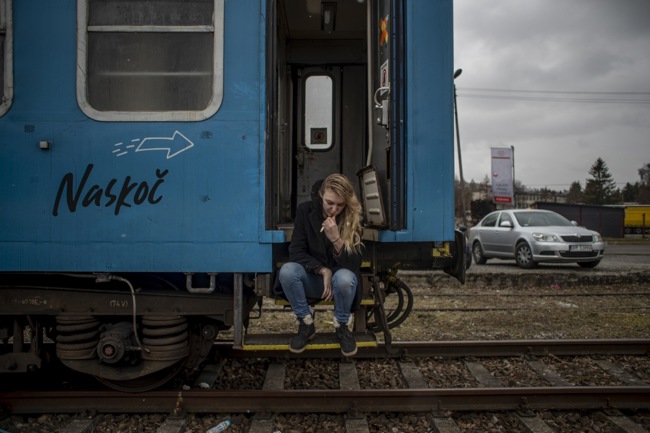 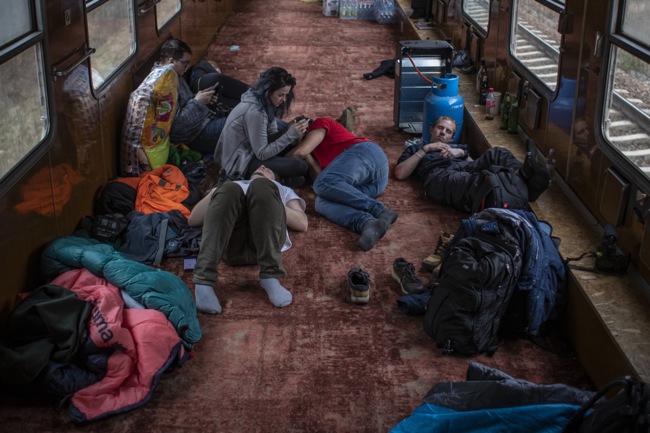 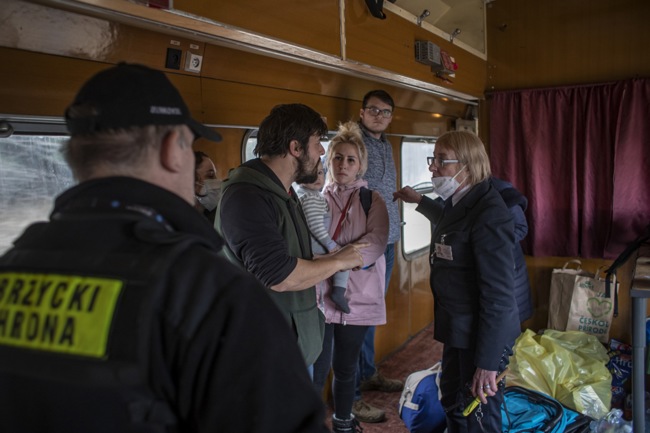